A special suit ointment, is that now? I thought so often as I wheel cyclists heard tell about the creams they lubricating to friction during cycling. Itself I used sometimes at most what petroleum jelly. I was particularly curious about the difference between this House-Garden-and-kitchen tool and a ‘ officially ‘ product. That is why I have the QM Ladies Choice Chamois Cream tested.

The Belgian brand QM Sportscare offers all kinds of cleaning products for the avid (match) professional road bicycle racer, as spierverwarmende creams and tanning oil for the legs. Their pants cream for women is created from beeswax and contains, according to the producer “the finest essential oils such as tea tree, Rosemary and lavender”.

First impression of the cream At such a description do you expect a luxury, Rituals-like packaging. But I get a plastic tube with a very basic design. That color, that drawing: you might almost suspect that this product somewhere else is for. …

Anyway, that’s posturing about the packaging. It comes to the content. And that suits me! 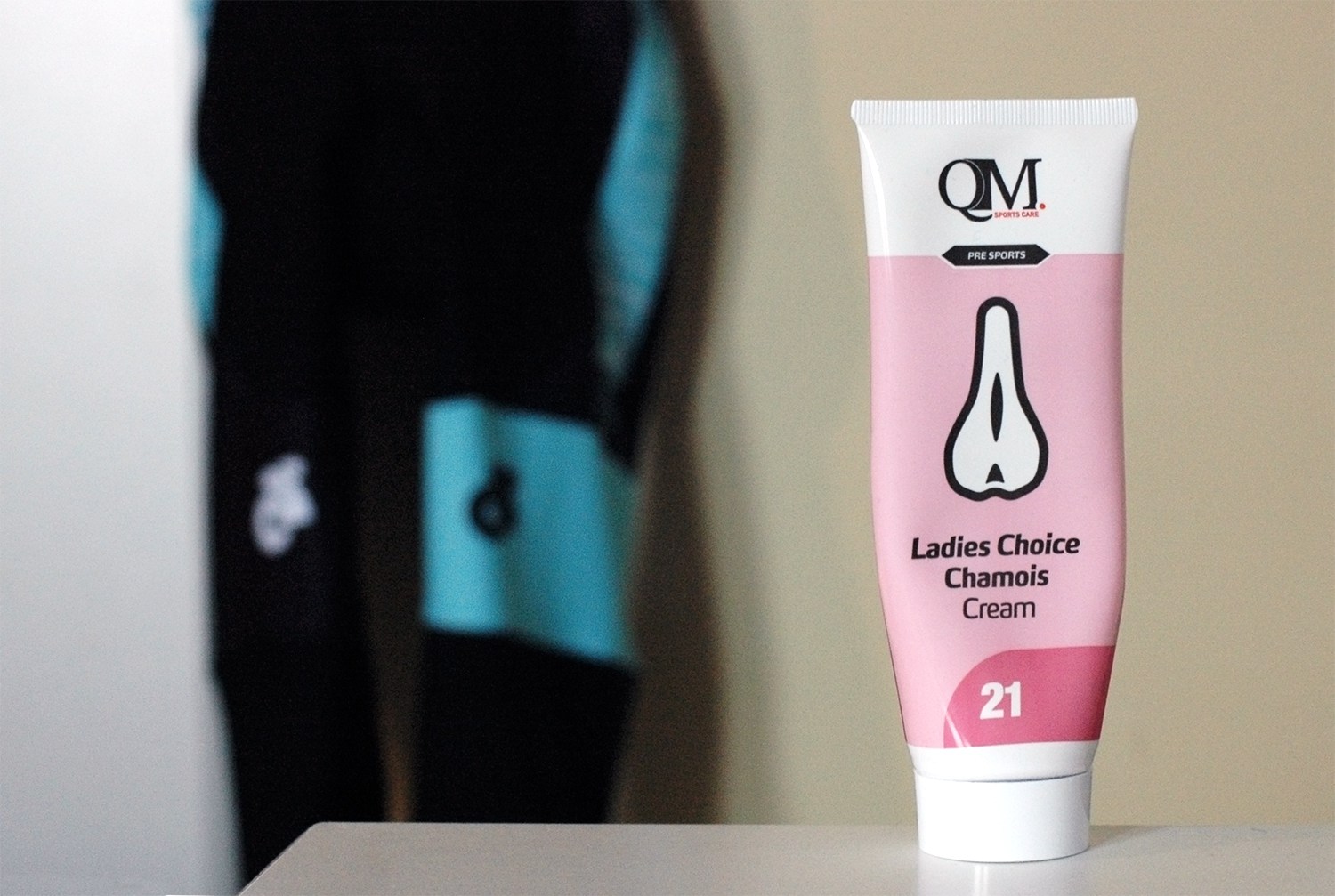 Creamy and aromatic In the tube is a creamy, delicious white cream that smells like Lavender. The ointment is thick as a face mask but lubricates much better. I notice very quickly that you only a small amount of need. The ointment feels really caring. Pleasant, that’s the good word. It forms an oily layer on your skin.

Why should men do not deserve this care ingredients?

According to QM Sportscare is this cream specially developed for women with extra nourishing elements. Well I wouldn’t know why the male cyclists would not deserve this care ingredients. But that aside. 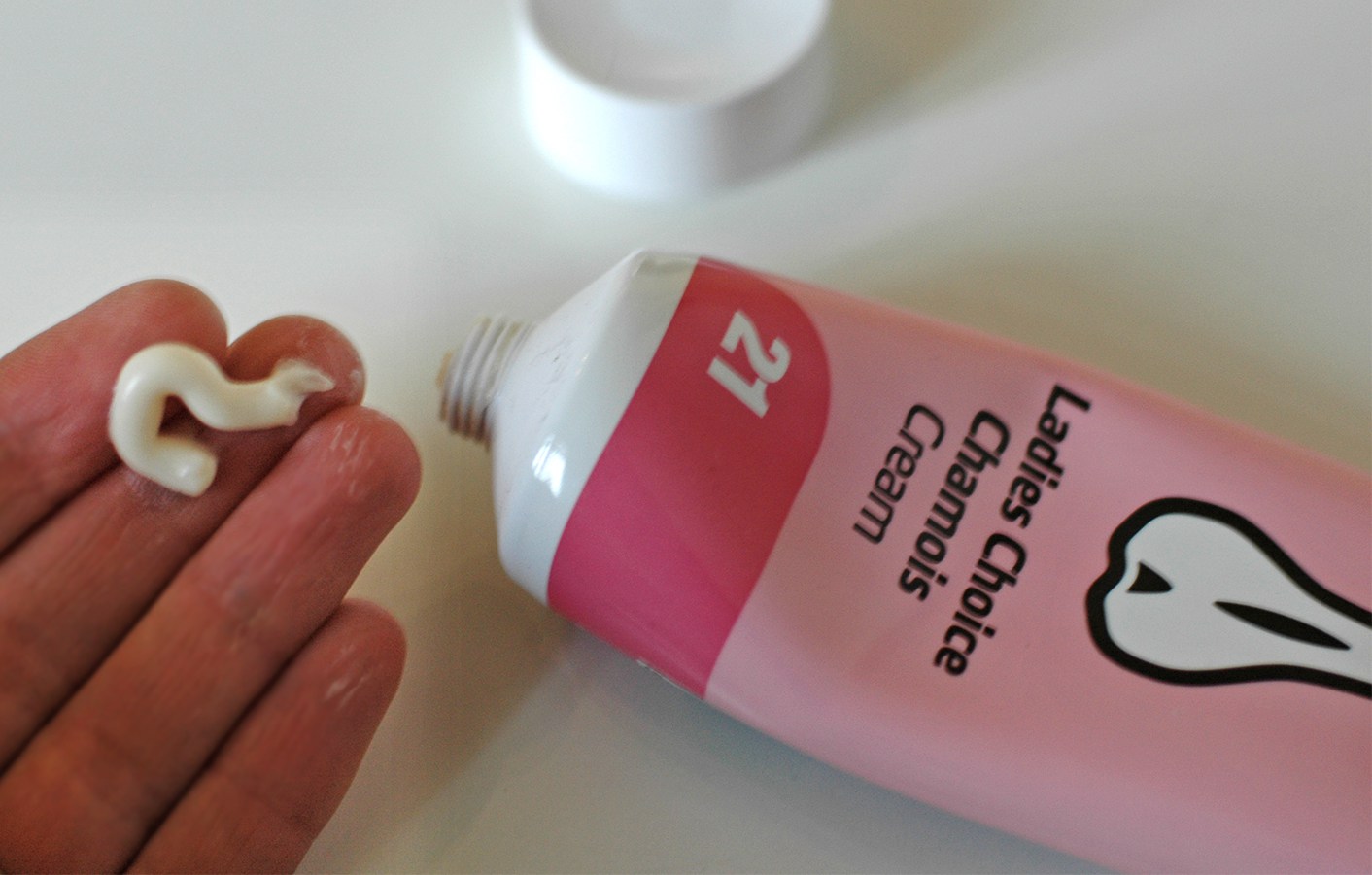 How to use it?

I spread it directly on my skin, especially in my groin and on the skin under my seat bones, where my skin sometimes skimpy is after a long trek. You can also the ointment on the pad.

Does it work well?

By now, I have the pants ointment used during several trips of more than 100 kilometers, including the Amstel Gold Race (150 km) and the climb classic (170 km). And it must be said: since I use this cream, I have no pressure spots more in my groin and no signs of skin irritation at my seat bones.

Also if I use Nivea, I suffer from chapped skin. But not with this cream.

During the cycling I feel after the necessary kilometers still have the pressure of the saddle. Also, I am still sometimes suffer love fabric folding, with verzitten. There helps any remedy against. But still, this cream clear for less resistance between skin and chamois, leaving me calmer. Even after a day of cycling is the ointment not completely withdrawn.

At my request, my girlfriend Iveke the cream also tried. After the Amstel Gold Race (150 km), she was excited. Her comment: “I normally suffer from chapped skin, also if I use ordinary Nivea cream, but with this cream not!”

Also my husband Bart used the cream nowadays, because once again: why would that not work for men? He also used the product like.

Vaseline wielrennenEn if you have the QM Ladies Choice Chamois Cream compares with petroleum jelly?

Then I choose for the cream. Petroleum jelly, you need more. It is rougher than this silky ointment. Vaseline also feels always very fat: you want to wash your hands as soon as possible.

The pants cream of QM Sportscare feels right care, you would also be best if hand cream. The cream is not dirty sticky like vaseline.

Is this suit ointment worth the money?

A tube of 150 ml Cream QM Ladies Choice Chamois costs € 17.99. I initially thought that was pricey (a jar of petroleum jelly for € 2.0-you have already), but I have found that you really do with a long tube. You have simply but very few of the ointment.

I have already decided that I will buy a new tube, because I use this cream every time with pleasure. It has become part of my regular preparations for a ride. I find the ointment smell good and find the soothing effect. Sometimes you may as cyclist best a bit take care of yourself.