The Belgian Champion racked up his first win of the season after a spectacular attack on the mythical Muur-Kapelmuur.

Philippe Gilbert became the first Belgian Champion to win a stage at Driedaagse De Panne-Koksijde since 2005, following an audacious display on the queen-stage of the race and an equally impressive amount of work from teammate Dries Devenyns, who laid the foundation for the victory on a day that suited Philippe to the ground, with no less than 11 classified climbs packed between De Panne and Zottegem, on a 206km-long route.

In a perfectly-executed strategy of Quick-Step Floors, Dries booked a place in a group that got clear 80 kilometers from the finish and patiently waited for Philippe to bridge across, which he did with a vicious attack on the Muur van Geraardsbergen. The newly-formed group enjoyed at first a slim lead, of just 20 seconds, but thanks to some huge and relentless turns of Devenyns, the gap went out to 40 seconds inside the final 30 kilometers.

The chasing group was led by four Katusha riders, and despite having the numbers, they couldn’t match Dries’ efforts, who allowed Philippe to start the Muur with a healthy margin of half a minute. On the steep cobbles of the legendary hill which saw many great champions emerge throughout history, Gilbert attacked without even getting out of the saddle and distanced all the riders of the main group, crossing the top with five seconds on Luke Durbridge (Orica-Scott). 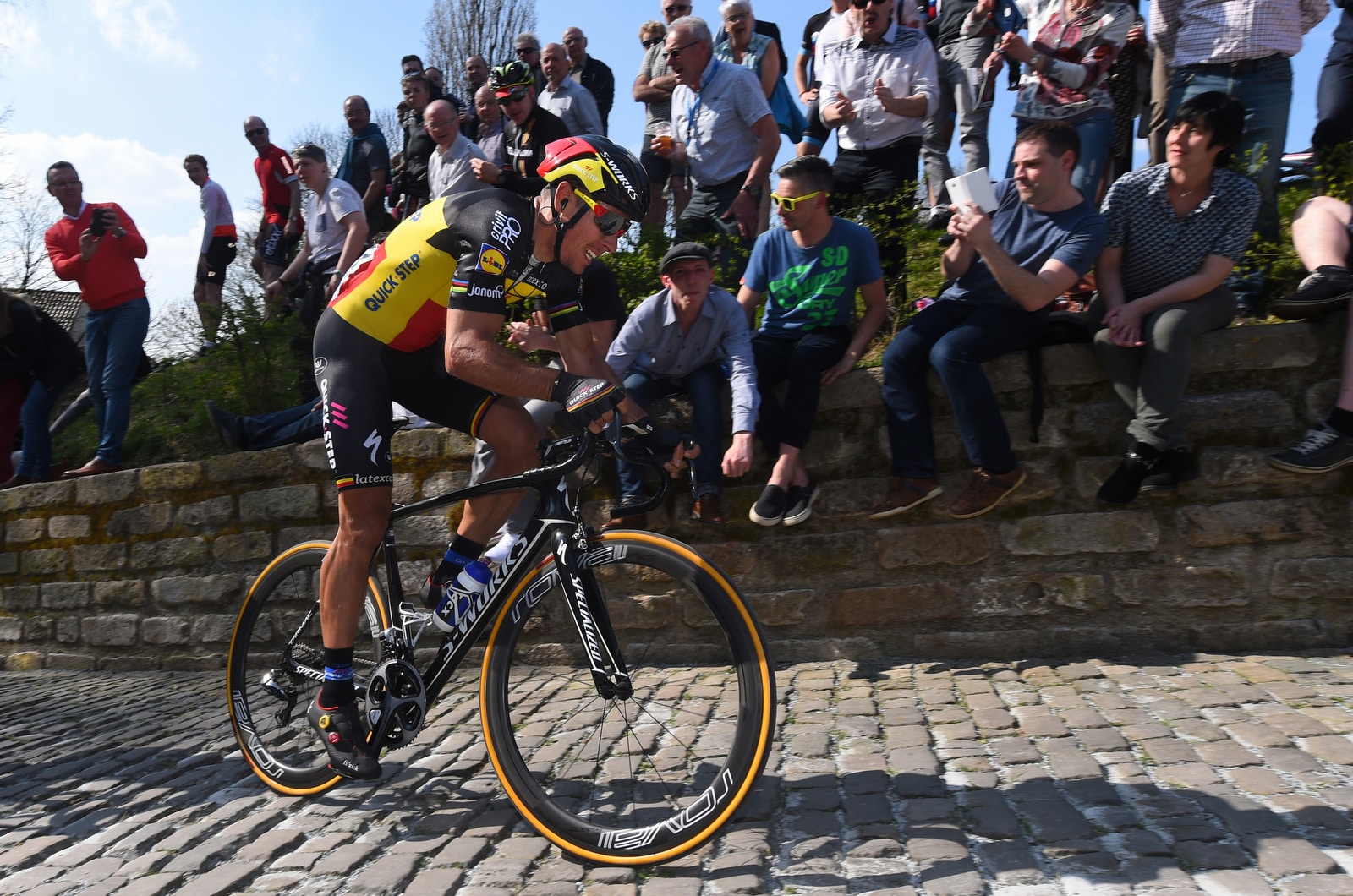 Only 16 kilometers separated him from the finish after Kapelmuur, and on the long and wide roads to Zottegem, which included one last climb (Klemhoutstraat), the Quick-Step Floors rider never looked behind and extended his lead on the Australian, a former national time trial champion, arriving at the finish line solo and celebrating his first success since conquering the Belgian title last June.

“To finally get a victory in this beautiful jersey, and for Quick-Step Floors, makes me very happy! I want to thank to my team, and especially to Dries, whose hard-work at the front was quintessential. Now I’m at the top of the overall standings, but I know it won’t be easy to defend my position, so we’ll just take it day by day”, said Philippe Gilbert, who leads the general classification by 22 seconds following his first career win at Driedaagse De Panne-Koksijde.

At the end of the week, Philippe will ride the Ronde van Vlaanderen for the seventh time and he is aware this win will make him a marked rider: “I know that people will now say that I’m one of the favourites for De Ronde and it’s no secret that I would like to win it. My condition is good, I look forward to the race, but to be frankly, the most important thing is for the team to win there. We have many options and in-form riders, and it will be all about playing the right card in the right moment.”