The US Aqua Blue Sport rider, fresh from a stage victory at Tour de Suisse, beat his two breakaway companions to seal the gold in the US National Championships at the event in Knoxville, Tennessee.
Warbasse, 26, had set a punishing pace in the finale. As he arrived into the finishing straight he sprinted to overcome Axeon Hagens Berman’s Neilson Powless and LottoNL-Jumbo’s Alexey Vermeulen.
He raised his arms in triumph and was swamped by his family and supporters after crossing the line. 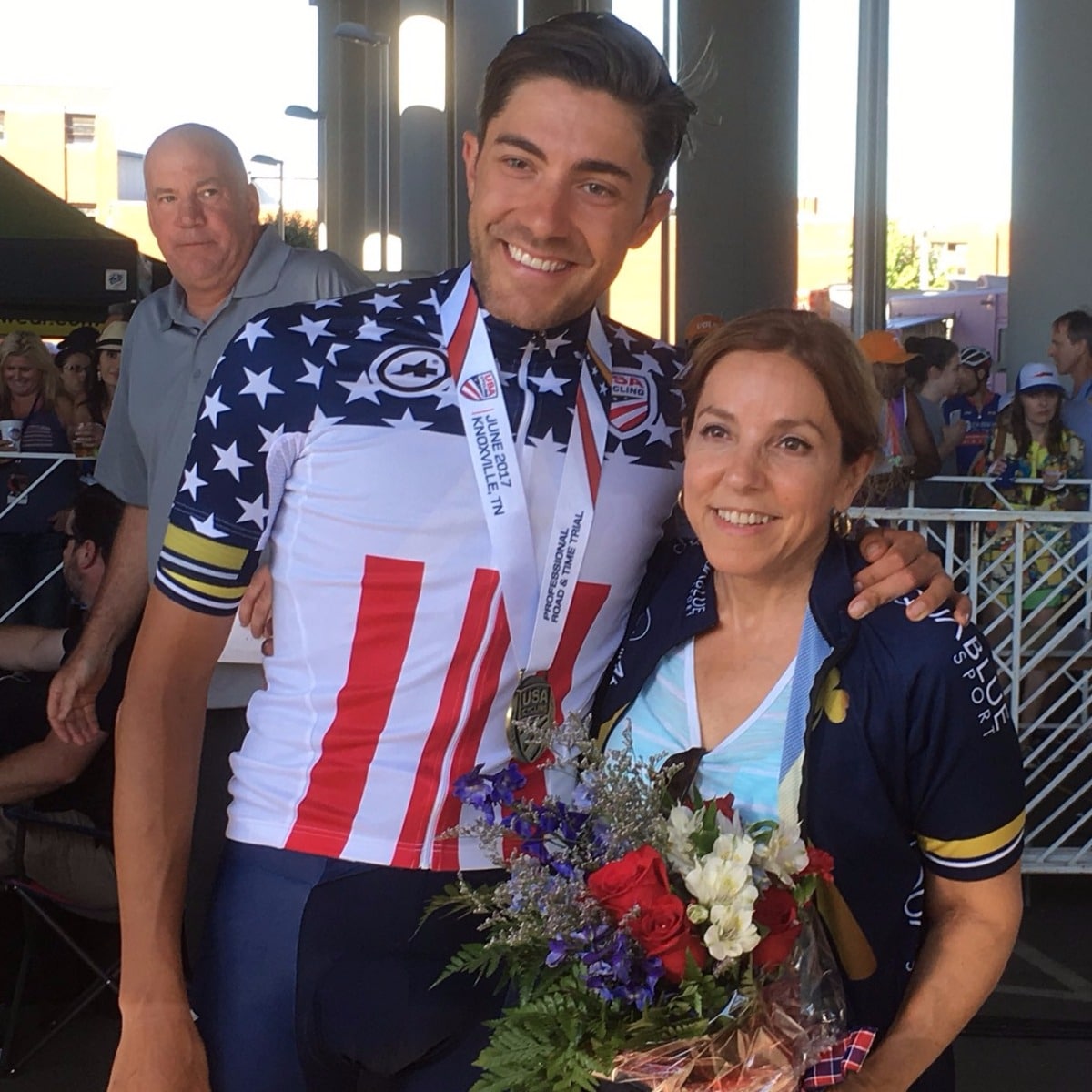 In an interview with reporters at the finish he declared: “I’m in disbelief. I think this has been the best two weeks of my life.

“I had a really great race in Suisse a couple weeks ago. Yesterday, I felt pretty bad in the time trial, I was a bit disappointed, and I told some friends ‘I guess I work well with disappointment, so hopefully tomorrow will be good’. Honestly I didn’t feel good the whole day. At the start I was suffering – actually I was suffering the whole time. I don’t think I was the strongest today but I think I was the smartest. I can’t believe it, I’m so happy.”

“Huge congratulations Larry – this is an incredible victory. Yet again hard work and dedication has rewarded Larry and Aqua Blue Sport with a fantastic victory. “Work will begin immediately on the design for Larry’s jersey – we will be in touch with our clothing partner Vermarc Sport in the morning. All of us at Aqua Blue Sport are looking forward to seeing our very own Captain America on the roads of Europe.”