Quick-Step Floors’ fantastic work throughout the nervous stage 2 was rewarded with a spectacular victory in Liège.

Marcel Kittel made history on Sunday, by becoming the first rider to win a Tour de France stage on a disc brake-equipped bike after coming from behind in the final kilometer of stage two and storming past all his rivals on the way to his tenth career victory at the Grande Boucle.

The pressure of the first road stage and the pouring rain which accompanied the peloton as they left Düsseldorf made for a very hectic day on the bike, despite the predominantly flat parcours which pointed to a bunch gallop in Liège, the most visited foreign city in the race’s history, which was welcoming the Tour de France for the 11th time, nearly seven decades after the first stop here.

Four riders made it into the breakaway – Thomas Boudat (Direct Energie), Yoann Offredo (Wanty-Groupe Gobert), Taylor Phinney (Cannondale-Drapac) and Laurent Pichon (Fortuneo-Oscaro) – and despite having a maximum advantage of only three minutes, it was no easy task for the bunch to reel them in, mainly due to a crash which occurred in the final 30 kilometers and disrupted the chase.

Julien Vermote, who took the front of the pack soon after the flag was dropped, moved again to the head of the pack and his fantastic and selfless effort saw the gap of Offredo and Phinney drop rapidly. In the closing kilometers, the entire Quick-Step Floors was amassed to the front and reabsorbed the duo just before the flamme rouge arch, but the frantic chase of the peloton meant the bunch sprint was a disorganized one, without any team controlling the affair.

Fabio Sabatini and Matteo Trentin guided Marcel Kittel through the final kilometer, and the 29-year-old patiently bided his time before his huge acceleration and sheer power carried him to victory in a pulsating sprint, ahead of Arnaud Demare (FDJ) and Andre Greipel (Lotto-Soudal).

“Starting from Germany and having such good legs on the first day gave me a lot of confidence.”

I’m glad to give the fans a first German win here at the Tour de France.

“It was a great experience to ride through Düsseldorf and Germany, the fans were outstanding and I’m proud to see these huge crowds supporting us. It’s a memory I will never forget”, an emotional Marcel said after the stage at the end of which he moved into the green jersey, as well as to the overall podium.

The Quick-Step Floors rider, who has ten wins to his name this season, went on to explain how things unfolded in the last kilometer of the 203.5km stage: “Matteo and Fabio brought me there with 500 meters to go and from that point I jumped from wheel to wheel; it was an advantage to come relatively late, as I knew that having headwind will make things difficult, so that’s why I waited before opening my sprint. I want to thank the guys, they showed once again a great mentality and an incredible team spirit!”

Not only that he racked up his tenth career victory in the Tour de France, but Marcel Kittel also made history by sprinting to the win on a disc brake bike, the beautiful Specialized Venge: “I wasn’t thinking about this record before the stage, but I must admit it makes me proud to be the first rider who wins a stage here in these conditions. I sincerely believe the disc brakes are a major improvement and give you better control, especially on rainy days as today.” 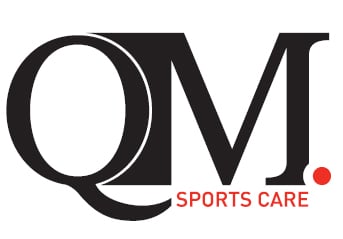