Luxembourg Champion Bob Jungels and Paris-Roubaix winner Niki Terpstra modelled the kit that the team will proudly wear in the upcoming season.Just like the wolf changes its hair but not its nature, so will the “Wolfpack” have a new kit to sport in 2018 while continuing to be driven by the same fierce winning mentality which has made Quick-Step Floors the most successful team of the past 15 years, with over 600 UCI victories.

For next season’s jersey, Quick-Step Floors opted for royal blue and a smooth and elegant design which remains true to the team’s heritage, but is also as sleek as possible and easily recognizable in a 200-man pelotonNot only the design and the color are different, also a few elements have made their way on the back of the jersey, such as the name of the rider wearing the kit and the “Wolfpack” theme, which has become Quick-Step Floors’ mantra ever since sports director Brian Holm coined it a couple of years ago.

“It’s a really beautiful jersey, elegant and a bit more vintage than in the last years. I love it! I also like how ‘The Wolfpack’ has become a visual thing now and is part of the jersey. It’s already a sign, a symbol of our team, it’s unity and I think that it represents the squad really well. I’m super excited about the new kit and I can’t wait to show it in my first race of next year”, said Luxembourg Champion Bob Jungels. 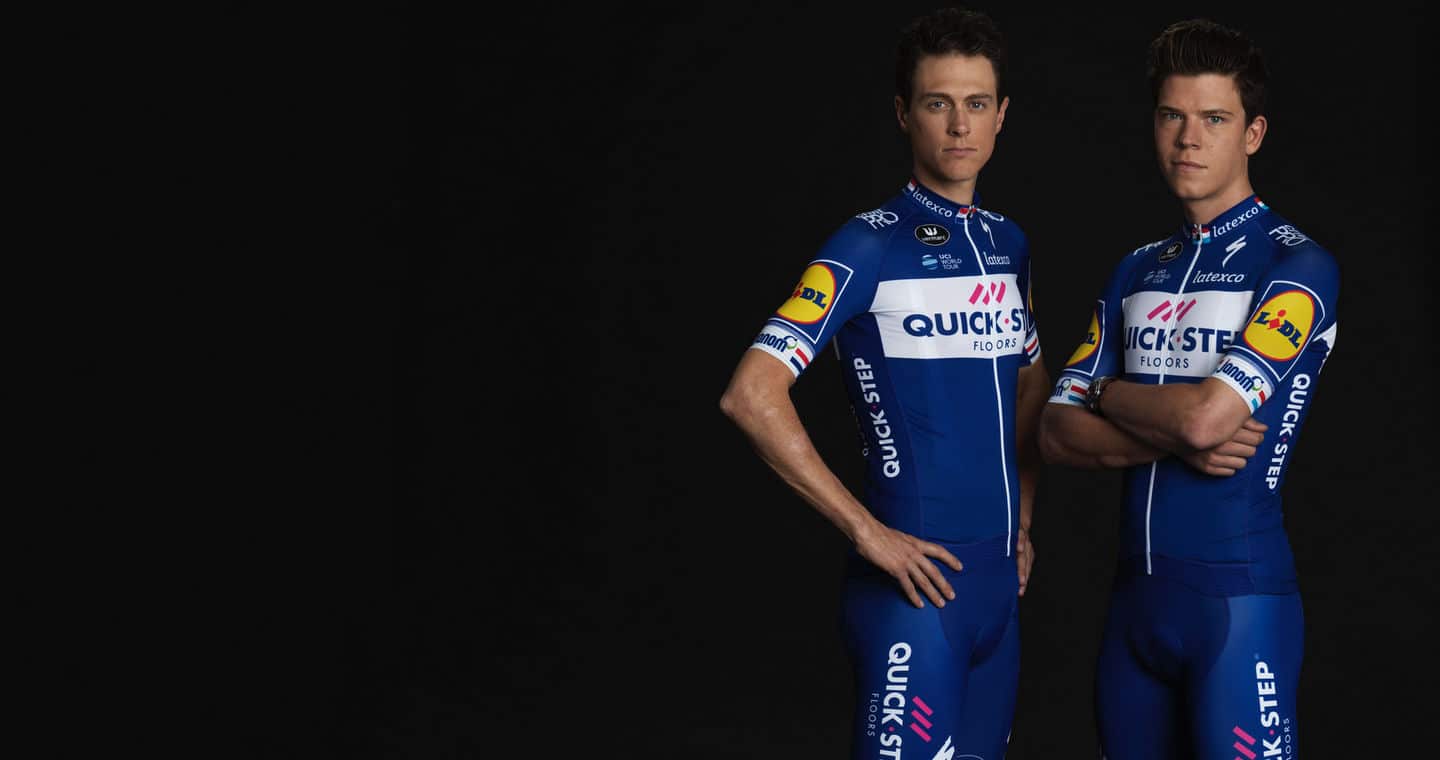 The clothing is produced by technical sponsor Vermarc Sport, who has been with the team since 2003 and will continue at the side of Quick-Step Floors in this new and exciting chapter that will soon unfold, after signing a two-year contract extension, to the delight of both Marc Verbeeck and Patrick Lefevere.

“Straight from the start of the team, my father, Frans Verbeeck, was convinced that the collaboration would be a big opportunity for Vermarc Sport. From that day until now, the partnership became a fruitful win-win situation for both parties with a big emotional value”, said Marc Verbeeck.”Because of the long-term relationship, the alliance does not feel like a pure business deal. The contacts with the team became more and more familiar, there’s direct feedback from the staff and the riders towards Vermarc Sport and this helps us to optimize the current products and to develop new cycling apparel. Another big advantage is that the name Vermarc Sport is exposed everywhere in the cycling world. As partner of one of the biggest cycling squads, our brand grew combined with the image of the team”, concluded Vermarc Sport’s CEO.

“We feel fortunate to be able to present our 2018 outfit together with Vermarc Sport, who once again makes sure our riders will be clothed with state of the art cycling apparel. Wearing blue is how we are recognized in the bunch, just as we want it to be. We are an aggressive team, a winning team, and we don’t want to hide in the bunch”, said Patrick Lefevere referring to the new agreement and team kit. “Vermarc Sport has been part of the team since its inception. It is a story of mutual benefits in which we help them in developing and optimizing their products through continued feedback and they help us going faster on the roads. And with the team’s success Vermarc Sport has of course enjoyed great exposure worldwide along with our other sponsors.”