The Colombian got off to a nice start at the “Race of the Two Seas”, after a strong ride of Quick-Step Floors in the team time trial.

Fernando Gaviria, Philippe Gilbert, Bob Jungels, Iljo Keisse, Maximiliano Richeze, Zdenek Stybar and Niki Terpstra rolled down the ramp in Lido di Camaiore for the opening stage of Tirreno-Adriatico (21.5 kilometers), knowing they had a chance of getting a good result, and the seven Quick-Step Floors riders didn’t disappoint, stopping the clock in Wednesday’s team time trial after 22:34, just a handful of seconds behind BMC, the winner of the day.

The team’s effort leaves Luxembourg Champion Bob Jungels – best young rider of the past two editions and our GC leader at Tirreno-Adriatico – in a good position, with a nice buffer over other contenders for the overall standings. At the same time, the squad’s solid ride in the TTT rewarded Fernando Gaviria with the white jersey, the first time that the 23-year-old Colombian gets to lead a classification at the Italian World Tour race. 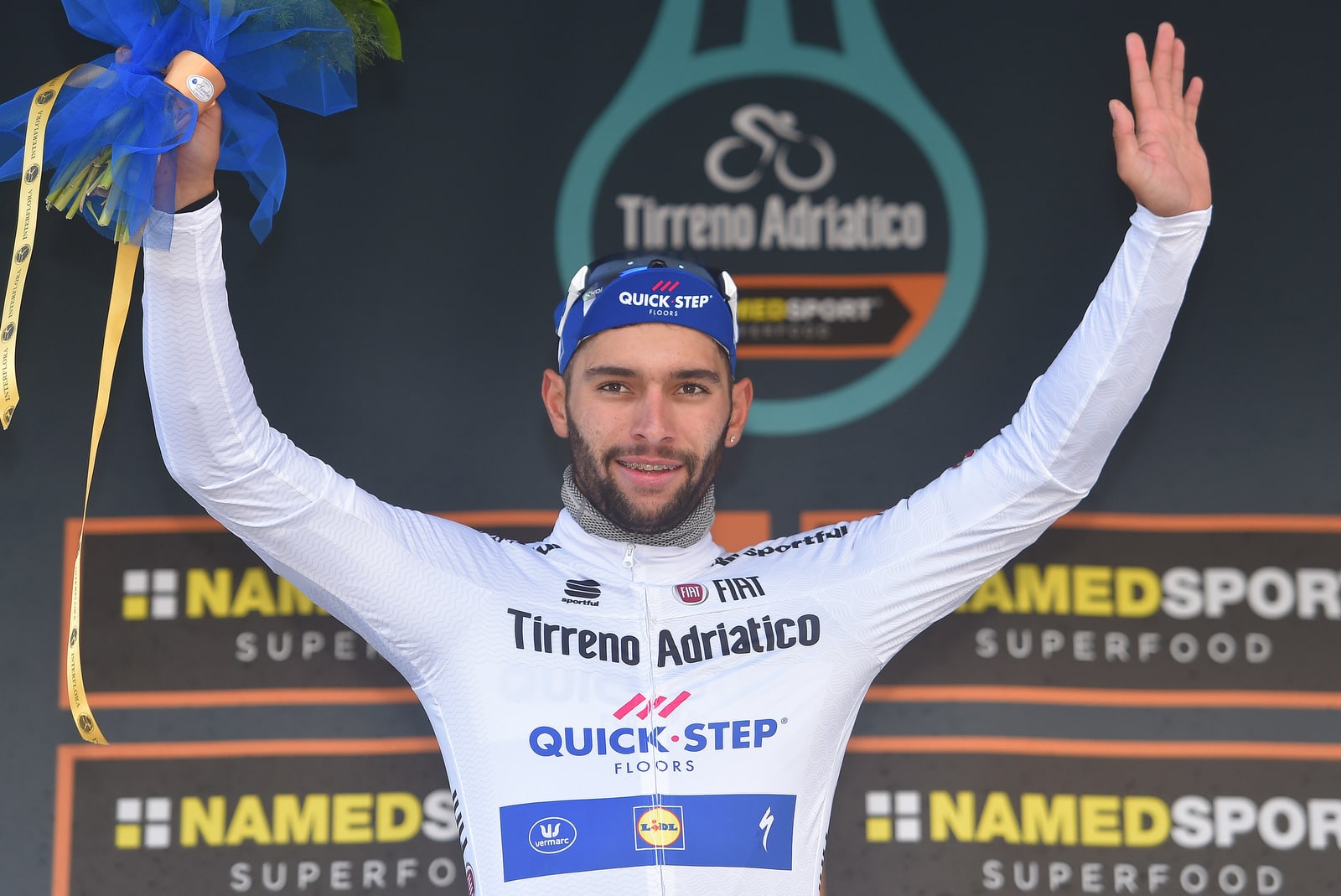 “I enjoyed every moment of this time trial, despite being a demanding one. It was really cool that we got to debut the new Specialized Shiv bikes on the same day as the Paris-Nice guys and notched up a confidence-boosting result, which bodes well for the rest of the race”, Gaviria said after visiting the podium.

The Colombian, who has four victories to his name this season, continued: “I’m happy to take the best young rider jersey in Tirreno-Adriatico, the race in which I scored my first ever World Tour win. The team is motivated and determined to make the most of our appearance here and hopefully we’ll continue to be in the mix for the next stages and get other strong results.”