The 21-year-old Dutchman is the youngest rider this century to win Flanders’ oldest race.

For the first time in history, Scheldeprijs started from the Netherlands and at the end of the day, after more than four tough hours in the saddle, it was a Dutch rider who took the spoils, as Fabio Jakobsen put in a flawless sprint in Schoten, outkicking Pascal Ackermann (Bora-hansgrohe) and Christopher Lawless (Team Sky), to continue Quick-Step Floors’ amazing run this month with a fourth victory in as many days.

“It’s really amazing to do such a good sprint and get the win here. It’s the biggest victory of my still young career and it gives me even more motivation to work hard and keep growing in order to become one of the best sprinters in the world and fight for stage wins in all three Grand Tours. I couldn’t have pulled it off without the incredible support of my teammates, so a massive thanks goes to them”, an over the moon Fabio said at the finish.

The 106th edition of Scheldeprijs will easily go down as one of the best in the history, with the crosswinds, heavy rain and low temperatures of Zeeland – the Dutch province in which the peloton spent most of the race – spicing up things and blowing the bunch apart. It took more than an hour for a breakaway to form, and when it did, the five men at the front weren’t allowed to establish a threatening gap, as several teams, including Quick-Step Floors, worked to keep them in control and cut the deficit. 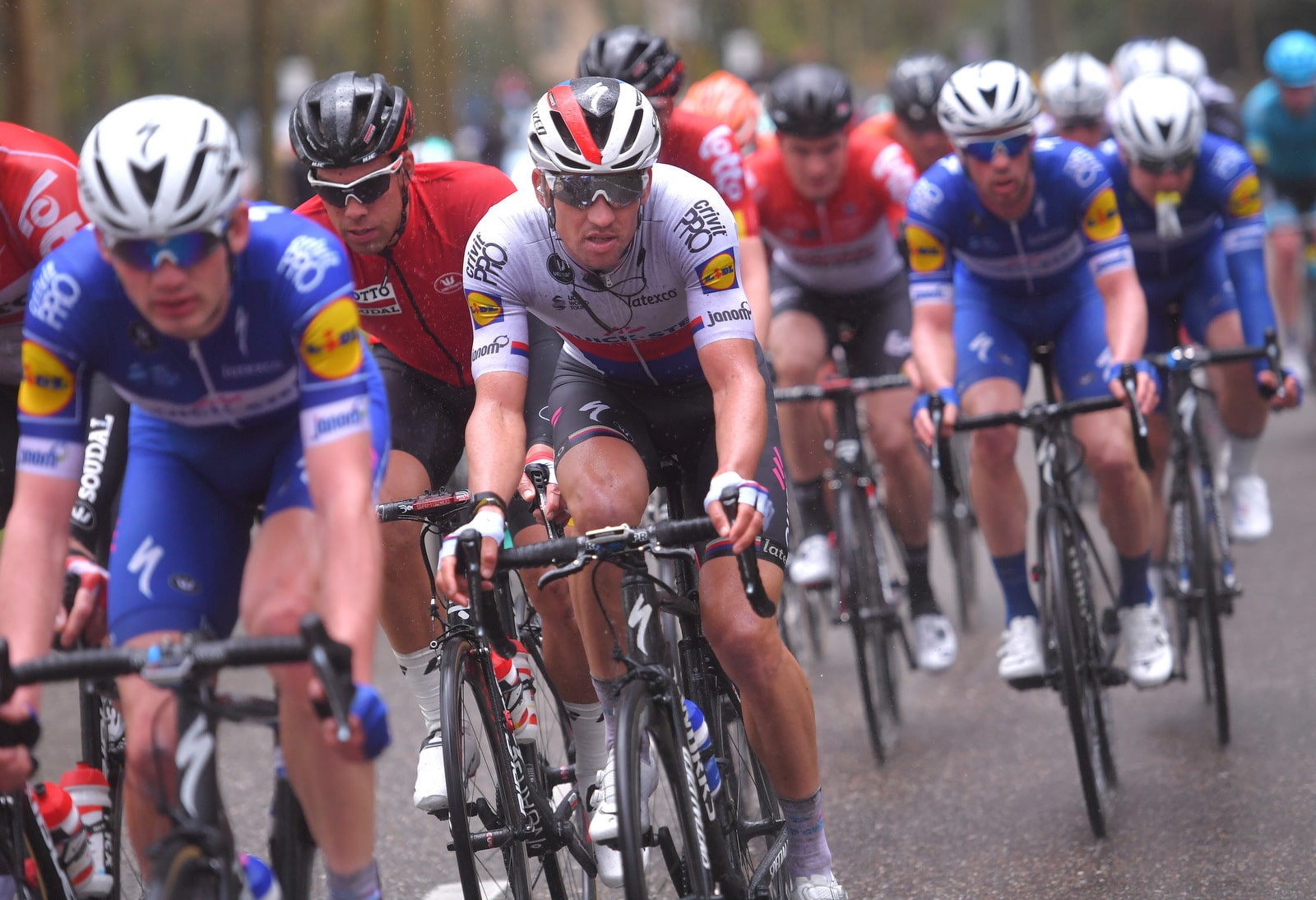 Neo-pro Kasper Asgreen impressed at his debut for the World Tour leaders despite crashing earlier in the race, putting in some mammoth turns at the front and bringing everything back together in the closing kilometers, when a couple of attackers tried to apply pressure on the pack after the escapees got reeled in. Once the young Dane peeled off the front, Iljo Keisse and Zdenek Stybar took over the charge, pushing a huge tempo and stretching out the field, before Michael Mørkøv expertly piloted Fabio Jakobsen through the last corner, before opening the door with 200 meters to go.

After starting his sprint, the 21-year-old neo-pro got boxed in, but remarkably bounced back and powered ahead, his rapid acceleration landing him a comfortable win by more than a bike length. For Fabio – the first Dutchman since 2005 to take the honours in Scheldeprijs – this was his second victory of the season, after the one in Nokere Koerse, one month ago.

“I like riding in Flanders and can’t say I was bothered by today’s conditions. The team was always around me, Iljo and Zdenek rode full gas from two kilometers to go, while all I had to do was sit in Michael’s wheel until the last 200 meters”, explained Jakobsen, who also stressed out the importance of the Wolfpack spirit, which netted 24 victories so far this season: “In this team, we work for each other and always go for the win. We are strong and determined, so when one guy starts winning, we all want to do that. That’s one of the things that keep us going.”