An amazing job of the Quick-Step Floors team was finished off in style by the maglia ciclamino.

Elia Viviani delivered the 77th Grand Tour stage win in the history of Quick-Step Floors and extended his lead in the points classification, making it a perfect opening weekend for our team at the 101st Giro d’Italia. Elia, who is riding the Corsa Rosa for the fifth time in his career, was again head and shoulders over the other sprinters, after being expertly piloted into the last kilometer of stage 3 by his teammates, for whom he was full of words of praise.

“We stayed together in this crazy final and did a great job. The guys were incredible today and this victory is for them. I can’t tell you how happy I am to have such a fantastic team around me”, Elia said immediately after the finish in Eilat.

Three men – Enrico Barbin (Bardiani-CSF), Guillaume Boivin (Israel Cycling Academy) and Marco Frapporti (Androni-Sidermec) – set out soon after the start and were allowed by the peloton to open a six-minute advantage just ten kilometers into the stage. The trio fought for the intermediate sprints and the day’s sole categorized climb, while from behind, escorted by his Quick-Step Floors teammates, Elia Viviani bagged more points to extend his lead in the cyclamen jersey classification.

As the 229 kilometer stage, one of the longest of this edition, continued to take the bunch through the Negev Desert, second-year pro Rémi Cavagna moved to the front of the bunch, taking the reins and setting a fierce pace behind the escapees, who were reeled in some seven kilometers from the finish located in the Red Sea resort.

Czech Champion Zdenek Stybar and white jersey Max Schachmann put the hammer down with five kilometers to go, their huge tempo resulting in a strung out bunch. Elia Viviani remained at all times in the top ten positions and not even a late puncture of trusted lead-out man Fabio Sabatini could stop him from taking part in the bunch sprint, where despite being squeezed in by Sam Bennett (Bora-hansgrohe), he kept his composure and found the space needed to get past the Irishman, punching the air as he outsprinted countryman Sacha Modolo (EF Education First). 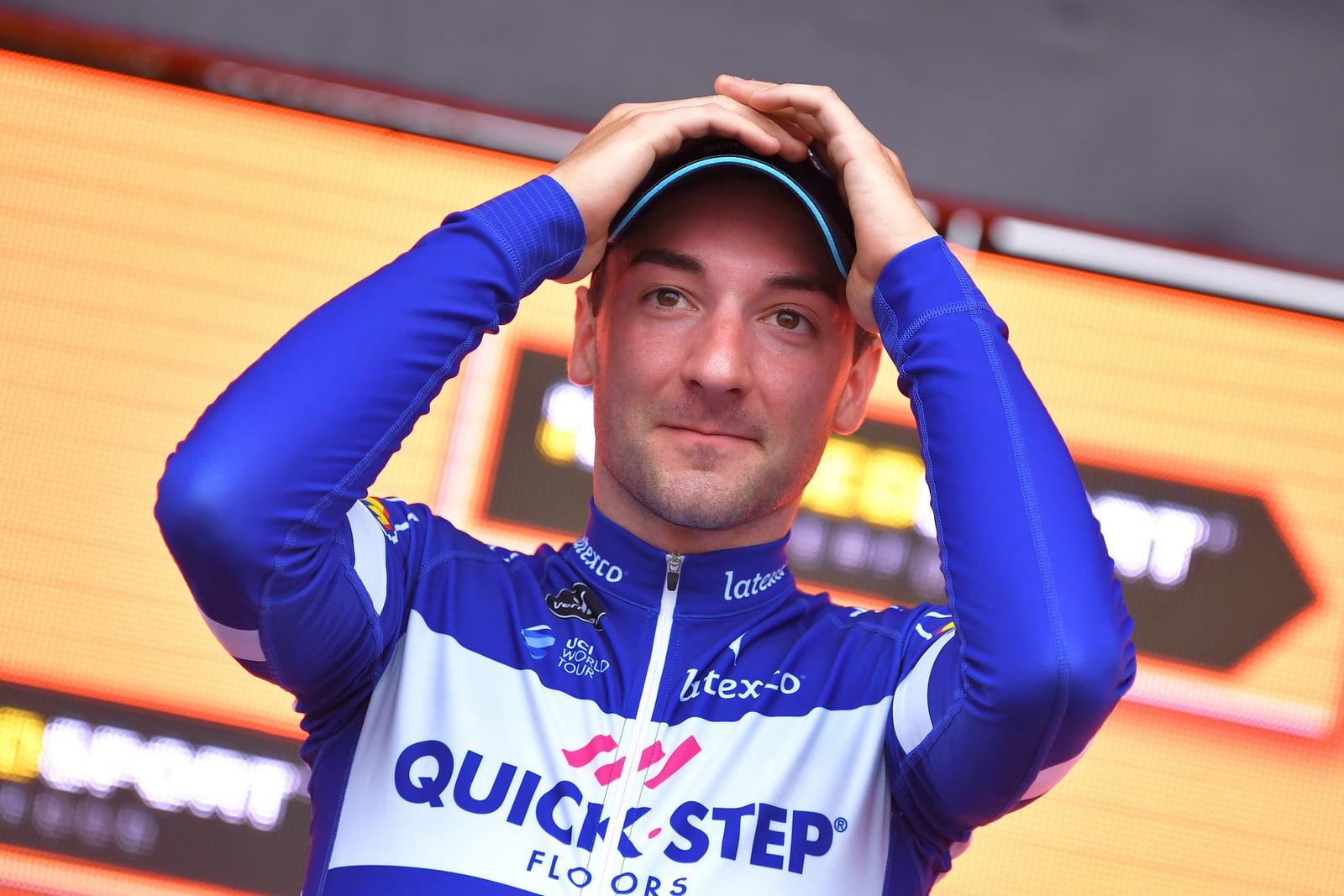 “It wasn’t an easy day, we had some 2000 vertical meters and a nervous peloton, as many were afraid of the potential crosswinds. In the first two hours of the race I felt bad and my energy was low, but as the kilometers ticked down I began to feel better and knew I was the favourite at the finish. We took the front just before the first roundabout and remained there despite a puncture of Saba. Things became chaotic and with the headwind I decided to drop back and follow Bennett after the last corner. The rest is history, as they say.”

Quick-Step Floors leave Israel with two stage victories and two distinctive jersey, cyclamen worn by Viviani and white, which rests on the shoulders of Maximilian Schachmann (who is seventh in the GC), and the team’s rate of success brought a big smile on Elia’s face.

“We’re living a dream and we are very happy! It was an unbelievable weekend in Israel, where we enjoyed not only a great start to the race, but also an excellent organization and the amazing support of the fans, who showed everybody how much they love this sport. Tomorrow is a rest day, but we’re eager to go to Italy and prove ourselves also there. These wins came as a confirmation of the fact that I can be at a high level in the Grand Tours and give me even more confidence for the next three weeks.”