The 21-year-old Dutch neo-pro capitalized on the excellent work of his teammates and claimed the 34th win of Quick-Step Floors in 2018.

We’re less than five months into the season, but Fabio Jakobsen is already one of the best neo-pros of the year, with three victories to his name: Nokere Koerse, Scheldeprijs (where he became the youngest victor this century) and most recently at the three-day Tour des Fjords, where Fabio’s devastating sprint on the uphill drag in Grimstad saw him finish way clear of his opponents, who were left fighting for the minor places on the podium.

The longest stage of this year’s Tour des Fjords kicked off from Lindesnes and took the peloton on a local circuit in Grimstad, the hometown of Dag Otto Lauritzen, the first Norwegian to win a Tour de France stage, three decades ago. Quick-Step Floors were again prominent from the start, taking the reins in the bunch and setting the pace behind the five-man breakaway which was overhauled in the last kilometers.

Niki Terpstra kept everything together despite some late attacks and helped by his teammates moved Fabio Jakobsen in an excellent position before the flamme rouge arch, where a 400-meter hill averaging 5.5% strung out the bunch. Edvald Boasson Hagen (Dimension Data) was the first to open the sprint, but Fabio Jakobsen found a breach on the inside and outpowered his opponents for the 34th victory of Quick-Step Floors this year. 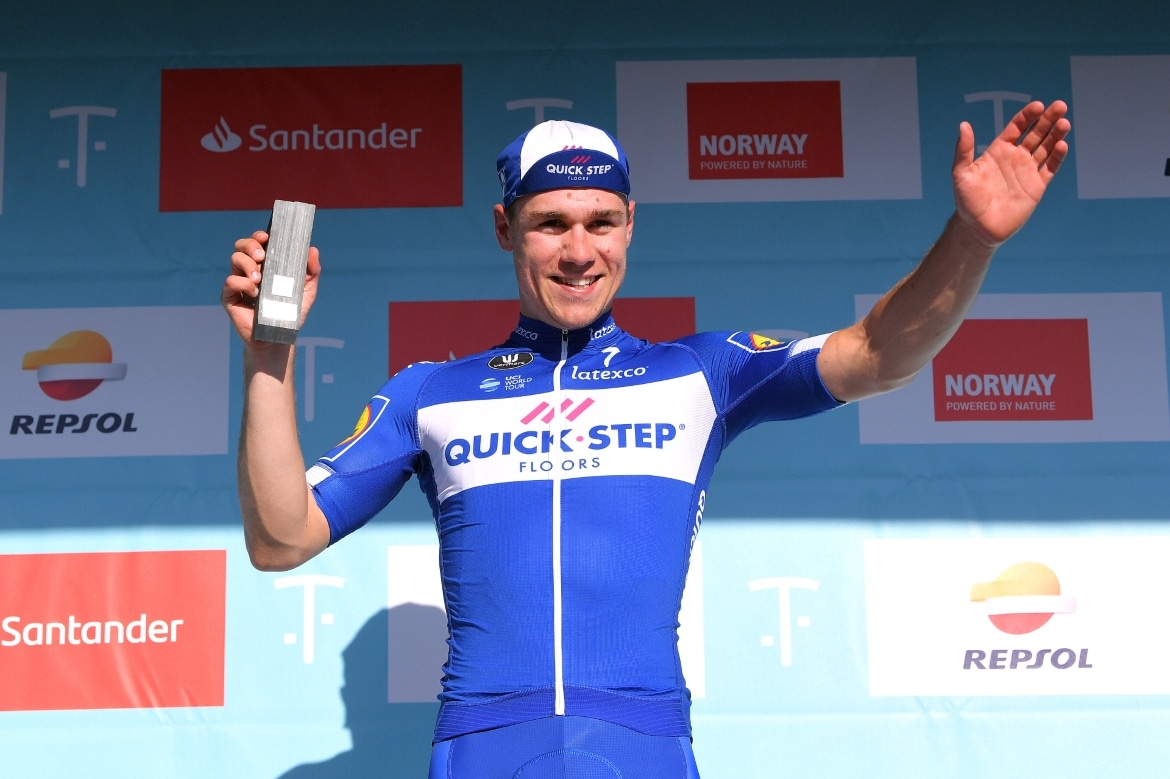 “We controlled the race from the start with Tim and Davide, who took the front and remained there for the first half of the stage, doing a fantastic job. As we closed in on the break, the speed went up, but James, Niki and Davide protected and put me in a great position at the foot of the climb”, said Fabio, the first leader of the overall classification at the Tour des Fjords and also the best young rider of the event.

“In the final, I just took the wheel of Boasson Hagen, passed him with 100 meters to go and raised my arms in celebration. It feels really great to get my third success of the year. This victory came as a result of a great team effort and I am happy I could finish it off. The Wolfpack is on a roll and we are looking forward to the next stages”, concluded Fabio after his win in Norway, the 33rd different country in which a Quick-Step Floors rider has nabbed a victory since the team’s inception.