The Wolfpack continued to howl, as the Vuelta a España resumed on Tuesday with a flat stage between Salamanca – a UNESCO World Heritage Site which returned as start city for the 21st time in history – and Bermillo de Sayago, the small town which made its debut in the race, at the end of 177 mostly flat kilometers, witnessing Elia Viviani’s 17th victory of the year.

“Four stages in the Giro, two now in the Vuelta, I think it’s safe to say this has been a truly incredible season.”

I’m in a great moment of my career and in a perfect team, so I try to take advantage of this every single time

“This win is for all the guys in the squad, who are always giving everything for me, making sure I get a chance to fight for the win”, a beaming Elia said after nabbing our outfit’s 60th UCI success of the season. 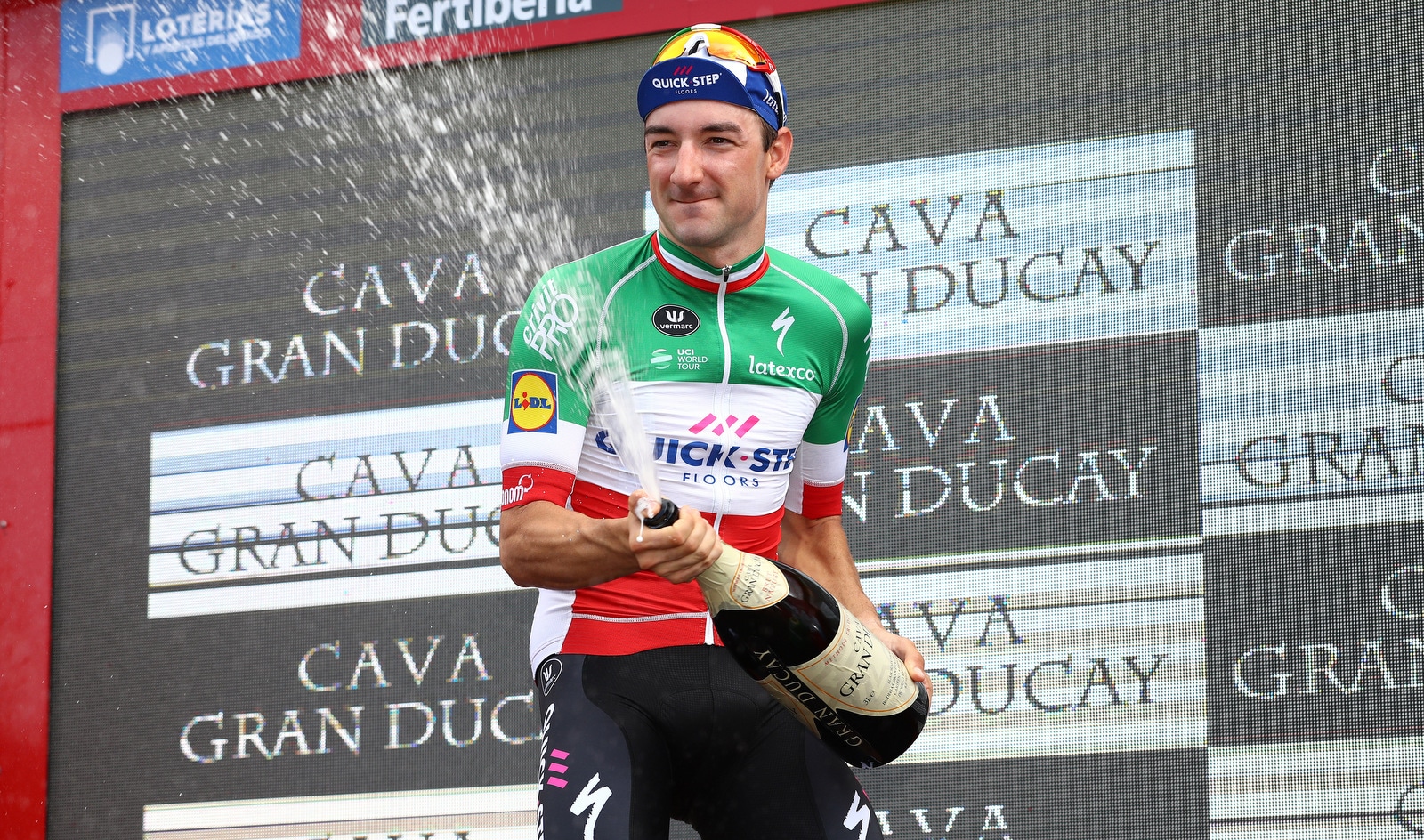 It was a flawless day indeed for Quick-Step Floors, in which the Michael Mørkøv – Fabio Sabatini – Elia Viviani trio shined in the finale, after the team had again controlled the breakaway and then set the tempo on the sole categorized climb of the stage – where some squads tried to put the sprinters into the red – with the restless Pieter Serry.

The sprint train amassed at the front of the bunch as they passed the five kilometers-to-go mark, sheltering Elia from the crosswinds, and didn’t panic even when Lukas Postlberger (Bora-hansgrohe) tried to stir things up under the red kite with a late attack. Michael Mørkøv countered that move with 750 meters to go and kept pressing, before peeling off the front and leaving Sabatini take over lead-out duties. The experienced Italian launched his countryman with 150 meters left and the whirring legs of Elia generated a speed which couldn’t be matched by any of his opponents – Peter Sagan (Bora-hansgrohe) and Giacomo Nizzolo (Trek-Segafredo) – who were left fighting for the minor places on the podium.

Tuesday’s victory in Bermillo de Sayago not only ensured that Quick-Step Floors’ stellar season continued, but also found Viviani over the moon at the finish: “The guys did an astonishing job, proving we are the strongest and fastest here. I’m not talking only of Saba and Michael, but also about today’s birthday boy Laurens, Dries, Kasper, Enric or Pieter, who rode superbly and were really faultless. With such a great lead-out, all I had to do was start my sprint with 150 meters to go, and when you have good legs and the timing, you can’t lose from this situation. It’s never easy to do a perfect lead-out, but we pulled it off and I’m very proud of the boys.”