The prodigious climber of Quick-Step Floors is set to become the youngest rider in the last 15 years to finish the race in the top three.

Enric Mas went all-in on the penultimate day of the Vuelta a España, throwing caution to the wind with more than 20 kilometers to go and displaying an aggressive and bold performance on the shortest mountain stage of the race this century, from Andorra. Escaldes-Engordany to Coll de la Gallina, which put on the table an insanely hard course numbering no less than six classified climbs, all crammed in the space of just 97 kilometers, at the end of which Mas stretched his arms and celebrated the most beautiful victory of his career.

Fourth at the start of the stage, Enric overturned the deficit he had on both Alejandro Valverde (Movistar) and Steven Kruijswijk (LottoNL-Jumbo) after marrying imagination and adventure in attacking on Coll de la Comella together with race leader Adam Yates (Mitchelton-Scott) from a drastically reduced peloton, bridging on the descent to the front duo and immediately opening a 40-second on the chasing group.

On the grueling Coll de la Gallina, an ascent averaging a staggering 8.1%, Mas and Miguel Angel Lopez (Astana) danced clear of their companions, establishing a hefty gap and moving themselves onto the virtual overall podium. By the time they rode under the red kite, it became clear the two of them will contest the win, and in the end it was Enric who prevailed, after using his local knowledge to accelerate before the final corner and fend off the challenge of his Colombian opponent. 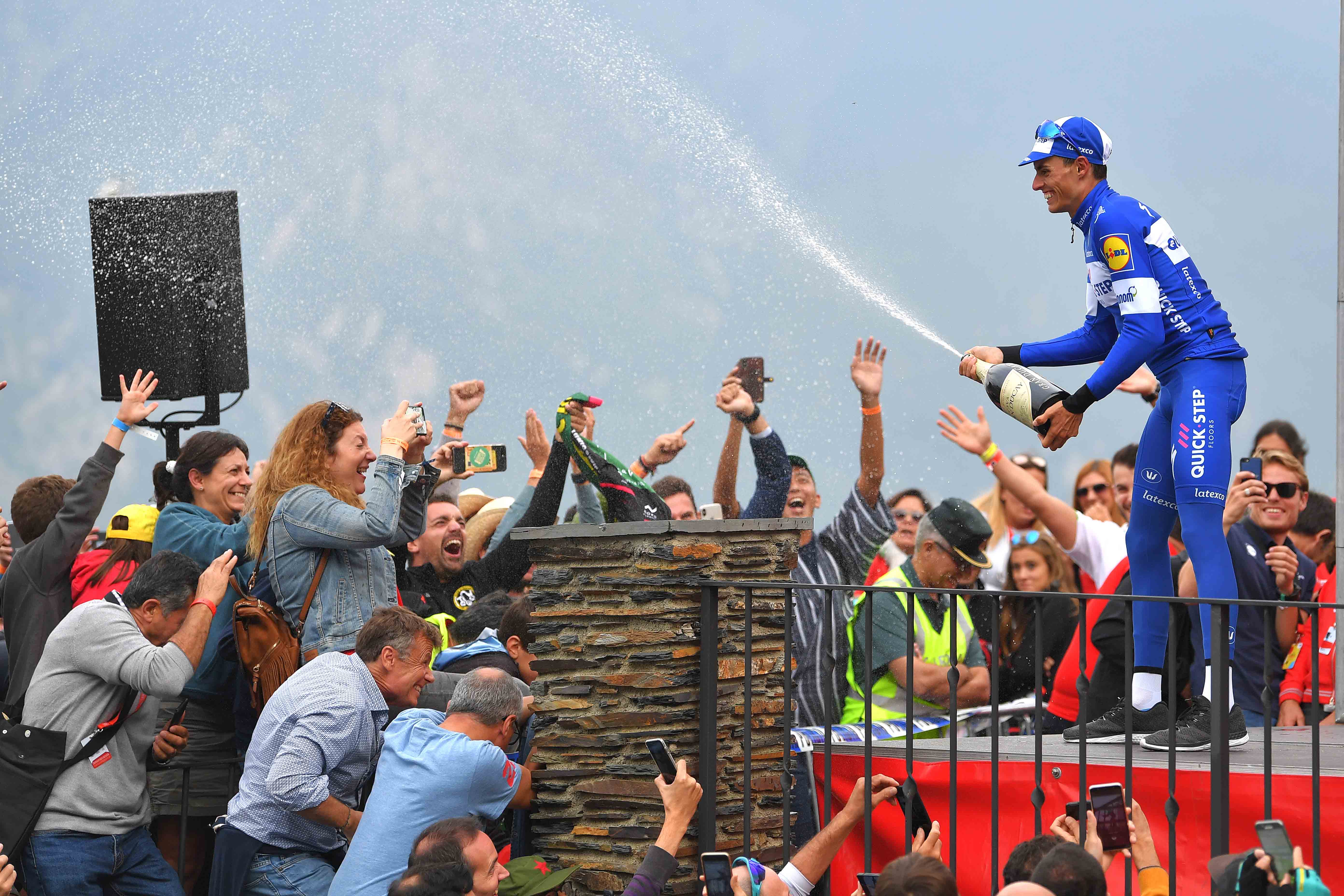 Emotional and struggling for words after going deep on the final mountain stage of La Vuelta and pulling off the audacious move which capped off three remarkable weeks, Enric took us through the final kilometer of Saturday’s stage: “I watched last week the video of the 2012 stage that concluded atop Gallina, so I knew I had to be at the front before the last bend and that’s why I kept the speed high and accelerated 150 meters from the line. Taking my first Grand Tour stage win is something beautiful which I will always remember.”

It was for the first time in 61 years that the race remained in the Pyrenees so late on and the stage – stacked with climbs – didn’t disappoint, with the peloton battling hard on every inch of the road of the relentless up and down course which really took the sting out of the riders’ legs, leaving only a dozen men in contention on the second-to-last ascent.

At all times attentive and unfazed by the numerous skirmishes between the GC contenders, Mas played it smart and cool all the way to the top of Coll de la Gallina, as many of his rivals crumbled and lost ground, and delivered the 87th Grand Tour stage victory in the history of Quick-Step Floors, one which catapulted him to second overall.

“I can’t tell you how happy I am to be in the top three, but at the moment I still don’t want to think about this, because there’s still one day to go and only in Madrid I will truly savour this achievement. It’s the first time that I am in this position and hopefully it won’t be the last time. After the penultimate weekend, I began thinking I could finish in the top five or even on the podium, and helped by a great Quick-Step Floors team, I took it day by day and continued to rise in the GC, culminating with this beautiful result, for which I worked hard and made a lot of sacrifices, that today paid off”, said Enric – first rider from the Balearic Islands in over four decades to claim a stage win at the Vuelta a España and the first in 70 years to surge onto the overall podium – after the final mountain showdown.